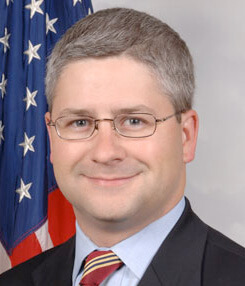 OSPA does not endorse any particular political view, and the statements made in the following website reflect only the opinions of the authors, as reported. OSPA does, however, recognize that good intentions, or even careless words, could have very bad results and must be evaulated, lest history repeat itself.

“WASHINGTON — The Pentagon told a North Carolina lawmaker Tuesday that he couldn’t re-air a video he’d shot in Baghdad after accusations surfaced that he breached operational security in detailing enemy rocket attacks.

Rep. Patrick McHenry, a Republican, traveled to Iraq with other lawmakers for the first time on March 22. The video was the second incident stemming from that trip that has drawn unwanted attention to McHenry. Earlier, he was criticized for berating a guard in Baghdad’s fortified Green Zone for not allowing him into a gym there because the congressman did not have the proper identification credential.

The new criticism stems from a video that was featured on his Web site last Friday. Shot in the Green Zone, it showed McHenry gesturing to a building behind him and saying that one of 11 rockets “hit just over my head.” Then he named two other places struck by the rockets.

On Monday, a veterans group called VoteVets.org accused McHenry of giving away intelligence information that could have aided terrorist organizations in targeting the Green Zone.

“The bottom line is that whoever launched that strike could take the information McHenry provided and use it to kill Americans in the Green Zone,” wrote Brandon Friedman, vice chairman of VoteVets.org, a veterans advocacy group that has called for troop withdrawal and promoted veterans for political office. “This is why professionals operating in a combat zone are trained not to reveal any battle damage after an attack.”

After Friedman’s posting, McHenry’s office pulled the video and sent it to the Pentagon for review.

“The Congressman shot the video in the company of State Department and military personnel, and was not briefed on withholding its publication,” his spokesman Wes Climer said in a written statement. “We voluntarily removed the video after learning that it might infringe on accepted protocol, and then contacted officials at the Department of Defense, who supported our decision.”

A Pentagon spokesman said he didn’t know what McHenry was told, “but we routinely brief our operational rules to our visitors in Iraq and Afghanistan.”

“We do not as a matter of policy discuss attacks in a way that would provide the enemy any better understanding of the effectiveness of their attacks,” said Lt. Col. Todd Vician.

A spokesman for the Multi-National Forces in Iraq said that he didn’t know what the rules were for congressmen, but the military is not allowed to talk about battle damage.

McHenry’s trip to Iraq had already been mired in controversy after his GOP political opponent, military attorney Lance Sigmon of Newton, posted a YouTube.com video of the lawmaker telling local Republicans about his unsuccessful efforts to get into the gym in the Green Zone. McHenry said he was shut out by a “two-bit security guard.”

In that speech, McHenry gave actual distances of how close the rockets came to hitting the building that lawmakers were sleeping in.

“Obviously one of the reasons I’m running is I’m trying to restore maturity, decency and integrity back to the seat in Washington,” he said in an interview.

Democratic challenger Daniel Johnson of Hickory , who lost his feet in a Navy accident, said McHenry “seems to be too busy promoting himself to behave with any decorum or common sense.”