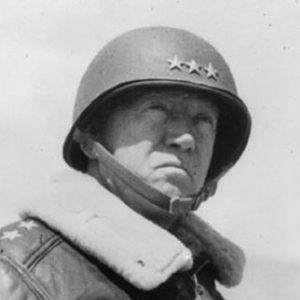 If you’ve seen the movie Patton, you’re familiar with the “slapping incident” of 1943, in which General Patton slapped a Soldier by the name of Charles Kuhl who was weeping in the infirmary. (For history buffs, it turned out that Kuhl had malaria at the time. Despite the incident, however, he later recounted Patton as a “Great General”)

When the stateside public and press learned of the incident, President Eisenhower was pressured to send Patton home in disgrace. However, Eisenhower and George Marshall came up with an alternate plan.

Patton was removed from any major command, but kept in theater. The German High Command was familiar with (and, some say afraid of) Patton, so his location was closely watched for any sign of impending attack. As such, his extended stay in Sicily was seen as clear indicator of an upcoming invasion through France. At a later time, his visit to Cairo caused additional resources to be misdirected towards repelling an attack from the Balkans.

In the months before the 1944 Normandy Invasion, Allied forces launched “Operation Fortitude”, which was a major military disinformation campaign that involved controlled leaks of information, fake (even inflatable!) military equipment, message traffic and double agents. Perhaps most effective, however, was Patton’s public leadership of the (non-existent) First US Army Group (FUSAG).

A culmination of this effort, and a memorable event for all involved, was when Patton shouted across a crowded reception hall to Eisenhower, “I’ll see you in Calais!”, which surely upset those that weren’t in on the ruse.

The efforts were highly successful and turned the tide of the war. The German Army had everything that they needed, and the Allies appeared to be practicing very poor OPSEC. This story applies today. Remember that when something seems “too perfect” or “obvious”… It just might be intentional.