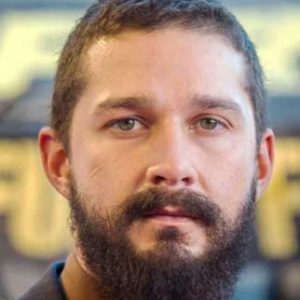 Since its inception in 2003, 4chan has declared war on everything from Apple to Scientology. It invented the rickroll. It located ISIS training camps and gave the coordinates to Russian diplomats. And then, in February 2017, its anonymous users collectively turned their sights to Shia LaBeouf.

LaBouf had launched an online livestream from the Museum of the Moving Image in Queens. This stream, which started on the inauguration day, was titled He Will Not Divide Us, and designed to protest Donald Trump. Shortly after it began, 4chan caught wind of it and users started to show up to the museum, trying to get on camera. They began provoking LaBeouf, trying to get a reaction from him.

It worked, too. LaBeouf was arrested after punching one of the trolls. That was the beginning of the end for the stream. The attention brought even more trolls and provocateurs, and the museum closed down the stream shortly afterwards. So They moved their exhibit to Albuquerque, NM, where once again the stream was interrupted once 4chan found out about it.

Undeterred, LaBeouf and his two partners restarted the stream , this time from an undisclosed location. This time, they carefully guarded the location they were broadcasting from. Instead of telling people where to find them so they can appear on the stream, they pointed the camera at a white flag with their message and promised it would stay up for as long as Trump was in office.

4chan took that as a challenge, leading to the greatest game of capture the flag in history.

LaBeouf and his project had the advantage. Only a few people knew the location, and those that did weren’t going to divulge it. And there were no landmarks or signs visible in the stream. But he underestimated the power of a dedicated opponent with lots of time on their hands.

The search took off once LaBeouf was seen on social media at a diner in Tennessee. 4chan users compared notes, trying to figure out which direction he could have come from or where he may have been headed. They compared wind  and weather patterns to weather reports, noting the way the flag blew at certain times of the day. They also noted the sunset and sunrise times to confirm the time zone. 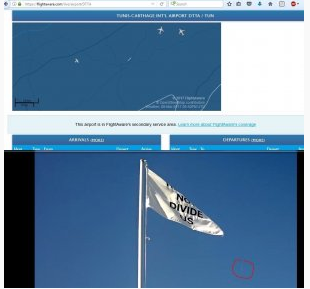 That gave them a rough idea of where LaBeouf was hiding, but not enough to find (much less capture) that flag. So they dug deeper. They started looking at flight patterns, comparing flight radar data to contrails left by planes as they flew through the camera’s view. When two planes intersected, the amateur analysts were able to compare their paths to the flight data- Greenville, TN was confirmed. When three planes were seen in the sky at the same time, the viewers were able to triangulate an approximate location of the flag itself.

The key word here is approximate. The area that the calculations determined to be the likely location of the flag was much too large to search. A flagpole, after all, is relatively small. So the group then turned to astronomy. Because the stream was running 24/7 and the camera’s location was fixed, they were able to determine the direction of the camera and determine a more precise location based on the constellations visible behind it.

They were fairly certain they had found the right place, but they needed to be sure. So a local person participating in the hunt drove his truck to a nearby public road and blasted his horn. When they were able to hear the horn over the livestream, they knew they had found the right place. After a few hours of surveillance, the group made its move. 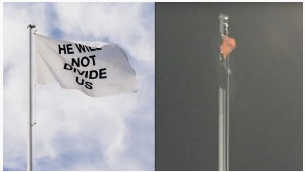 The flag was changed to a pro-Trump one. The original, photographed from the home of one of the anonymous 4channers. The next day, the stream was turned off.

While hardly a matter of life and death, this is a great example of how little clues can lead an adversary to determining your location,  or anything else that you’re trying to protect. Even though LaBeouf took precautions to protect the location of his flag, it was still captured in the end.